Researchers at SMBL are involved in deciphering the molecular architecture and intricacies of macromolecules (proteins & nucleic acids) which play crucial role in host immunity, microbial resistance and pathogenicity as well as mammalian allergenic proteins through X-ray crystallography, structural immunology, protein engineering and biochemistry.

I am a structural biologist and a protein biochemist and my research work focuses on structural characterization of proteins through X-ray crystallography. Our SMBL group works on projects related to pathogenic proteins of Mycobacterium tuberculosis, Helicobacter pylori, Dengue Virus as well as mammalian allergens. 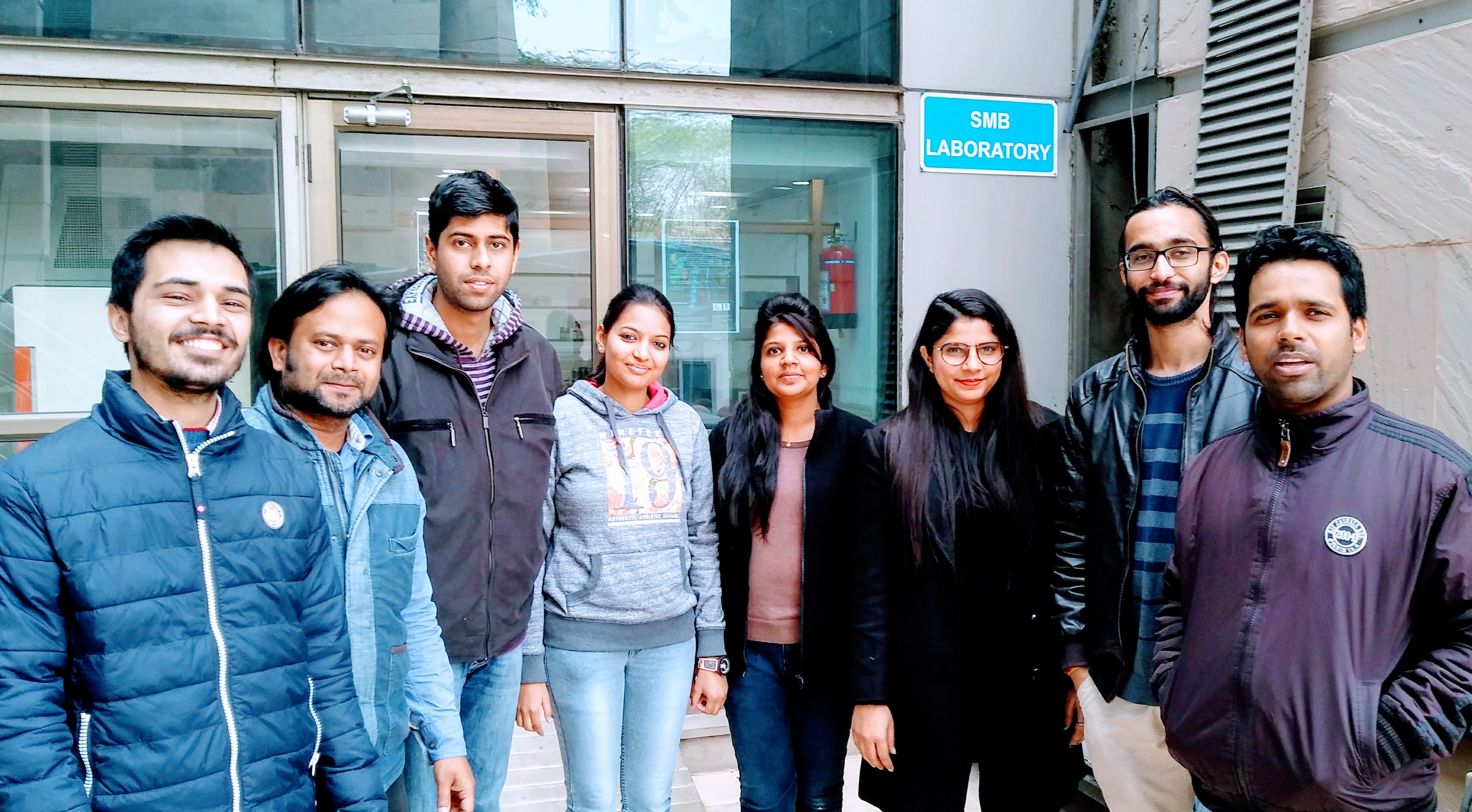 Bhawna Chaudhary
I am working on Mycobacterium tuberculosis system. My work is focused towards the structural characterization of Mycolic acid methyl transferases A1 (MmaA1) Protein in M. tuberculosis. Tuberculosis is one of the most threatening disease worldwide. MmaA1 protein is involved in pathway of mycolic acid biosynthesis acid which resides inside the cell wall of M. tuberculosis. Mycolic acid provides drug resistance to a wide range of antibiotics, help in survival through physiological stress conditions such as dehydration. MmaA1 is involved in the conversion of a cis-olefin into trans-olefin with concomitant introduction to any allylic methyl branch at the proximal position to both methoxy and keto-mycolic acids. This will involve structural study of MmaA1 protein using X- ray crystallography along with in-silico identification of potential MmaA1 inhibitor molecules.

Rinki Sisodia
I am working on Helicobacter pylori system. It is a common bacterium that affect more than 50% of the world’s population. H. pylori infection is found to be a major risk factor for gastritis, peptic ulcer and gastric cancer. In H. pylori, I am dealing with a protein HppA, a sole bacterial 5’ nucleotidase that has a narrow spectrum of phospho-monoesterase activity. HppA catalyses the conversion of FldA, an internal electron acceptor for pyruvate: oxido-reductase(POR) complex, from holo to apo form. Hence, it plays a major role in transfer of electron from acetyl CoA to electron transport chain and therefore, found to be essential for bacterial survival. Structural characterisation of HppA using x ray crystallography would help in understanding the catalytic mechanism of enzyme. Identification and in-silico designing of small inhibitor molecules will foster towards the development of long range inhibitors. This study will pave the way to an in-depth perspective on H. pylori striving mechanism in the host cells and developing drug resistance in the bacterium.

Cloning and In-Silico characterization of MmaA1 protein of Mycobacterium tuberculosis

An ‘in-silico’ characterization of NlpC/P60 family of proteins in Mycobacterium tuberculosis.

An in-silico characterization of NlpC/P60 (Rv2190c), a protein hydrolase of Mycobacterium tuberculosis

Bhaskar Sharma
I am a doctoral student at Deakin University, Australia (in collaboration with TERI School of Advanced Studies). My Ph.D. research work with Dr. Udit Soni and Prof. David Cahil is focused on the synthesis and modification of the various nanomaterials for the delivery of the biomolecules/chemicals to the plant system for the development of the desired improvements (e.g. genetic modification, boosting growth and yield, disease resistance). We are fabricating nanomaterials for the delivery of fertilizers, hormones, and biomolecules such as DNA, RNA, and protein. I am also involved in deciphering the molecular architecture of macromolecules which contribute in pathogenesis and immunity through X-ray crystallography, gene and protein engineering, biochemistry, and nanotechnology (e.g. tuberculosis and dengue disease) with Dr. Madhurantakam at SMBL, TERI SAS.